When Netflix had all the Doctor Who episodes, and, for the avoidance of doubt, that means from William Hartnell onwards. I started to watch these from episode 1. Then, with very little warning Netflix removed the lot. I was left fairly annoyed.

Since then I’ve occasionally wondered about watching the whole lot, but I’ve never got around to it. Now I seem to have a little more time on my hands I thought I’d sign up for a 30 day trial subscription of BritBox, which has the whole of Doctor Who.

Now I’m watching season 1 of the first doctor. It’s interesting to see it. Where it all started as it were. I have to say that I’m enjoying it, although it is very slow by today’s standards. My plan is to watch all of the Hartnell and Troughton episodes if at all possible.

This is the latest edition of Electronic Sound magazine. It comes with a copy of her version of the Doctor Who theme, presented on some very nice looking yellow vinyl. I’m not sure why it’s yellow, but it is.

Now I’ve played it. It’s pretty good. Great to hear that track again. Such a milestone in electronic music history. Such a hugely creative endeavor. Just so impressive.

I haven’t read the magazine as yet, but when I do I might post a few thoughts on their take on Delia. I’m not committing to it right now. We’ll see.

I can’t believe that Tom Baker is 85. It’s amazing he is just as good as when he was (in my opinion) the best Doctor Who we’ve ever had. It’s fantastic that he’s still doing audio stories with Big Finish, and I’m very much looking forward to giving the latest season a listen.

One of my all time favourite 4th Doctor episodes is “The Robots of Death”. It’s a great story and has some truly fantastic lines. It has been followed up a couple of times as far as I’m aware. One of the follow ups was “Corpse Marker“, a BBC audio book which I was really excited about, but fundamentally didn’t deliver on its promise and was, in the end, a real disappointment.

The next one I’m away of is “Robophobia”, which is a 7th Doctor story from Big Finish. I’m not a big 7th Doctor fan and so I haven’t heard this one. Perhaps I should give it a listen.

Now there’s “Sons of Kaldor”, the first story in the latest season of the 4th Doctor from Big Finish. I was a bit nervous about this story. I didn’t want to face the same disappointment as I had with “Corpse Market“. I didn’t need to worry about that. “Sons of Kaldor” has a very similar tone and pace to the original Robots of Death, it’s been carefully thought through and at its core it’s a good story.

The most important thing is that I really enjoyed it, and it’s a good start to volume one of this season. I’ve now listened to all of the stories and they’re a good bunch, and well worth listening to. 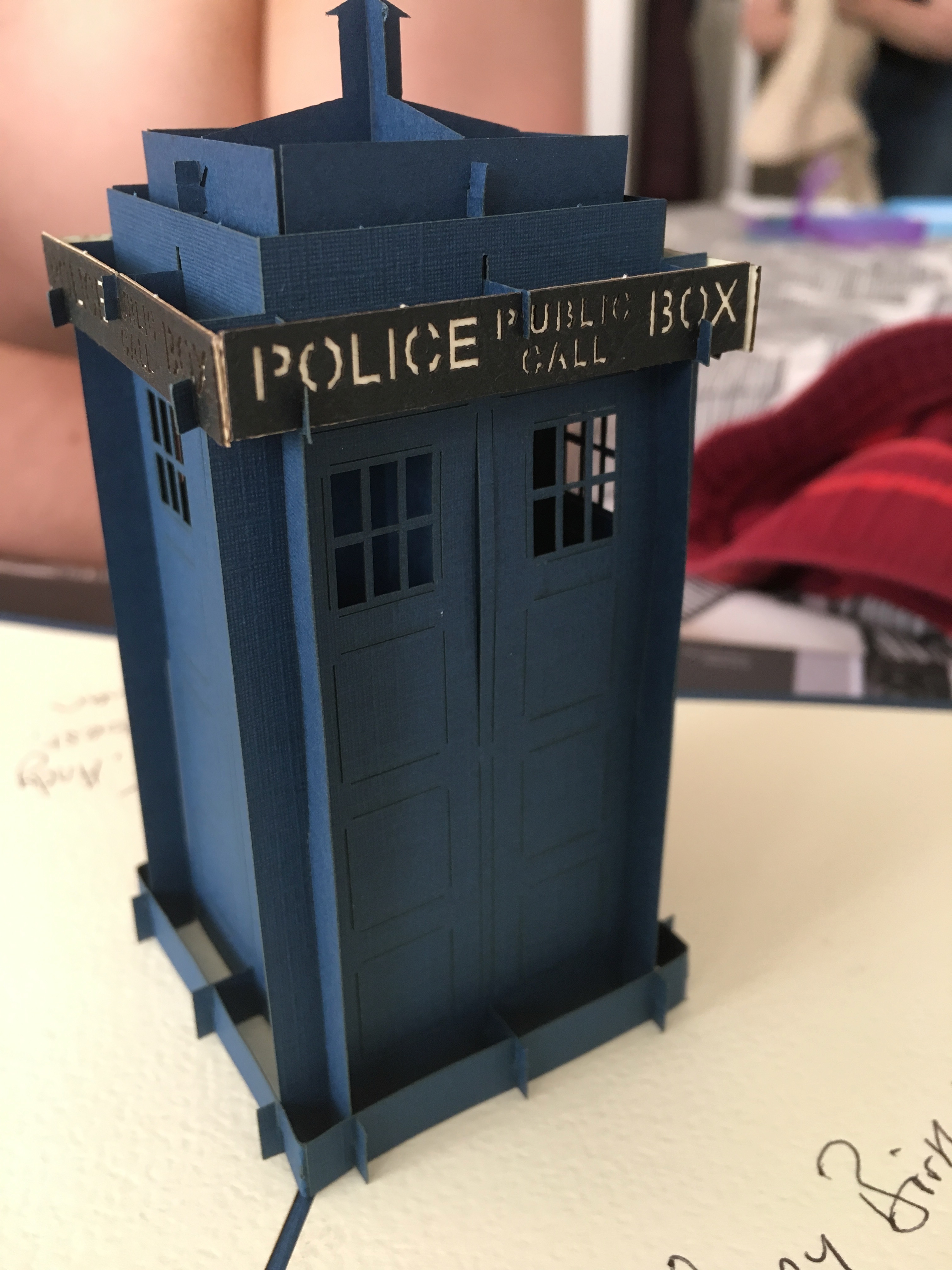 I bought this for a friend who’s a fellow fan. It’s a very cool. I thought I’d share it.

0 comments on “Doctor Who, the Helm of Awe” 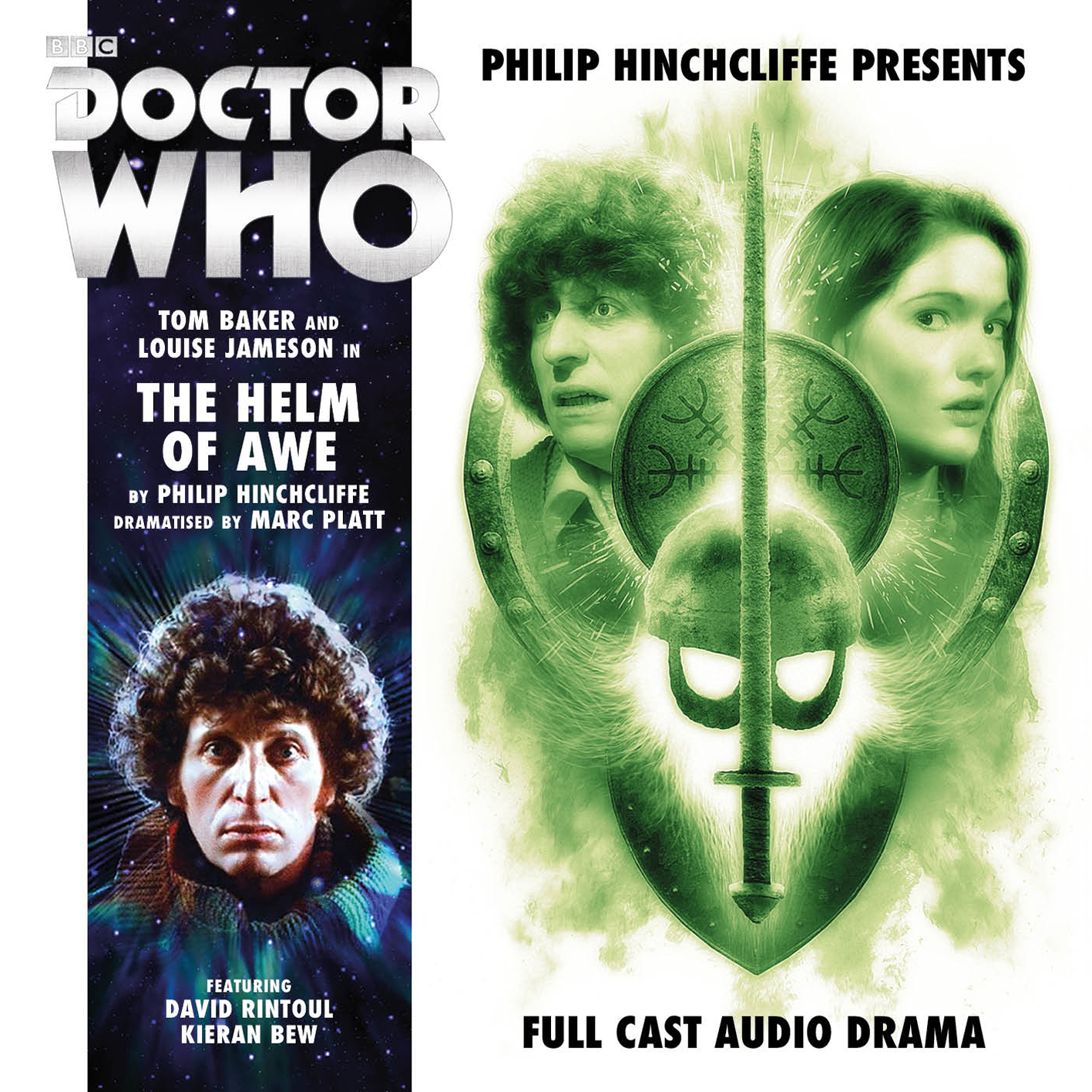 Since Philip Hinchcliffe came back to do stories with Big Finish I’ve been really impressed with the results. So I was truly looking forward to hearing this latest story. I started it off and was quite interested to begin with although I did find the story a little formulaic. In fact the whole of the first episode was a little disappointing. At this point I was a bit worried about the story and if it would indeed live up to expectations.

But it was around the mid-point of the story that it felt like it had really turned and was just like the rest of the Hinchcliffe stories, which are excellent.

I’m pleased that i was wrong about this story, I’m glad that it turned out ok and wasn’t a dud. That would be terrible.

All the way out to 2025, which feels like the future anyway. Of course it means lots more great stories, and raises expectations of people like me quite a lot.

But I’m very glad to hear the news. They are almost certainly the best source for anything new in the Doctor Who and the Blake’s 7 world.

0 comments on “Big Finish: Doctor Who, The Ultimate Adventure”

This is one of the few Doctor Who stage plays, and is the only one that I ever went to. It was back in 1989 and I’ve occasionally thought about it over the years, but when I realised that I’d inadvertently bought a copy of Big Finish’s audiobook version it all came back to me.

Whilst it is most certainly not one of the best Doctor Who stories of all time, even though it is strangely named the ‘Ultimate’ adventure! Although I guess that’s more to do with it being produced in the 80’s more than anything else. It is part of Doctor Who history, and I guess I’m one of the few (ok, probably there would have been over 10,000 people who saw it, but against the scale of Doctor Who fans that’s small) who saw it.

Anyway, I got in touch with the two people who I went with and they both remembered it, and one even still had the theatre programme! So here it is …

0 comments on “Doctor Who: The Romance of Crime” 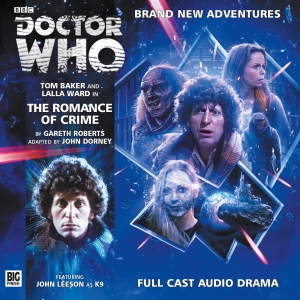 Well I finished this story now, and it was truly awesome. A superb example of a classic space opera format. It worked so well and was so beautifully cast and directed. I can safely say that this was a joy to listen to again. In fact I think I’ll probably listen to it again in the near future.

0 comments on “Doctor Who … The English Way of Death”

Thought I’d post the cover of this story. I’m looking forward to listening to it.